Looking for something Italian to do this weekend? Look no further, we've got just the fix:

Today is Commedia dell'Arte Day! Commedia dell'Arte day is promoted by the Italian Cultural Association SAT and organized globally by Faction of Fools Theatre Company based in Washington, D.C. February 25 was chosen to commemorate the birthday of Commedia dell'Arte on February 25, 1545 when a theatre troupe in Padua, Italy, signed documents to become the Western world's first incorporated theatre company. On this day, Commedia dell'Arte created Western professional theatre -- theatre driven by artist entrepreneurs who would make a business out of their craft.

By the close of the 16th century the Commedia tradition -- marked by masks, stock character types, standard plot scenarios, improvisation, and touring ensembles of skilled professionals -- had spread throughout Europe. And today it has spread to a theatre near you here in Washington, D.C.!

In honor of "Commedia dell'Arte Day," The Great One-Man Commedia Epic will run for seven performances from Thursday, February 25 through Monday, March 1 (Thur, 7 pm; Fri, 8 pm; Sat-Sun 4 pm and 8 pm; Mon 7 pm) in the Forum of the Shakespeare Theatre Company's Sydney Harmon Hall (610 F St, NW). Created and performed by International Commedia dell'Arte specialist Matthew R. Wilson, he performs 12 traditional characters and transforms a bare stage into a raucous world of young lovers, squabbling old men, boasting soldiers, and dim-witted servants. The entire town is thrust to the brink of tragedy (even forcing Wilson to dual himself!) before love prevails, normalcy is restored, and comedy triumphs!

Two new events have popped up this week.

First, if you're into vino, be sure to put Cork Wine Bar's Vietti Vintage Barolo tasting on your calendar. They'll have it on Sunday, Feb. 28th at 3:00pm. Unfortunately the snow kept Luca Corrado-Vietti away, but local importer Brennan Downey, of Michael Downey selections will be on site to guide the tasting of these amazing wines from the Piedmont region. The tasting costs $50 per person. Click here to RSVP.

Second, the Italian Cultural Society is featuring an exhibition of the works of Italian futurist designer, Fortunato Depero on Friday, February 26, at 6:30pm at the Italian Embassy. Click here for more info and RSVP.
Posted by Ciao DC at 3:47 PM No comments:

Don Giovanni to the Rescue!

Feeling nostalgic for a scene out of Moonstruck? Quick, get your hair done and call up Nicholas Cage. We're going to the Opera -- or at least a variation of it. Bah humbug to the winter blues, these upcoming performances will shake the cold right out of you and yours.

Virginia Opera presents Don Giovanni on Friday, February 26 at 8:00 p.m. and Sunday, February 28 at 2:00 p.m. Mozart's Classic about the world's greatest lover comes to life in this passionate production inspired by the story of Don Juan. Sung in Italian with English supertitles. George Mason University's Center for the Arts on the Fairfax campus. Ticket prices include $86, $72, $44 on Friday and $98, $80, $48 on Sunday. For ticket information call 888-945-2468 or visit http://www.cfa.gmu.edu/.
Posted by Ciao DC at 3:09 PM 1 comment:

La Dolce Vita in DC is a new group of Italians trying to bring more Italian-themed fun events to the nation's capital. Their first party is next Friday, February 26th at Muse Nightclub & Lounge. Click on the title of this post to join La Dolce Vita's group so you can get more info on the party and future events.

Are you a fan of Trigani's fabulous Italian novels? Join the book dicussion on her latest release Brava Valentine, on CiaoDC.com's facebook page. Have you already read ciaodc.com's interview with Adriana Trigani? Read here.

And for all you lovers of everything Italian in Washington, D.C., stay tuned for next month's CiaoDC.com giveaway. You'll just love it!

Cancellations and Shows on Despite the Snow! 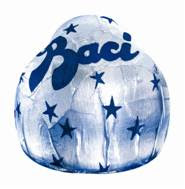 Due to the aftermath of the snow, wind and ice storm, "oh my," the Italian Cultural Society has cancelled their Carnevale Celebration on Sunday, February 14 at the Friendship Heights Community Center. No snow date in sight. Other events postponed include the National Organization of Italian American Women of the Greater Washington, D.C. Region (NOIAW) Networking and Recruiting Happy Hour at Il Mulino. New snow date is Tuesday, February 23 from 6-8. Come by and say, "Ciao" to CiaoDC.com! Have you already read the CiaoDC.com interview with NOIAW honoree Ambassador Connie Morella? Read here.

Shows that are on despite the snow include Tosca (the restaurant) open on Sunday -- when they are typically closed -- for Valentine's Day. Roberto Donna's doors are open at home all weekend for a very intimate Valentine's Day and Carnevale Celebration. Friday, Saturday and Sunday classes are scheduled and still available for reservations. Check schedule for February listings.


Don't forget to sign up for your CiaoDC.com Very Valentine Givaway: Two (2) of Adriana Trigani's Valentine Trilogy, Very Valentine and her latest release, Brava Valentine signed by the reigning Italian queen of fiction herself. AND a box of Perugina Baci chocolate -- 21 pieces to be exact. Hurry, last day to enter is Valentine's Day (February 14 for all you anti-cupids). Oh, and remember to subscribe a loved one to CiaoDC.com to be eligible to win.
Posted by Ciao DC at 10:22 AM No comments:

ENTER TO WIN! Share the love. Subscribe a loved one to CiaoDC.com by February 14 and be eligible to win our Very Valentine Gift Set. It includes a 21 count box of Perugina chocolates and two signed copies of Adriana Trigiani's latest release in her trilogy, (1) Brava Valentine and the first of the trilogy (2) Very Valentine! Click here to enter. The book will be officially released on February 9th, so enter to win your copy today! If you're interested in discussing Brava Valentine and discussing with the author and other CiaoDC.com subscribers, join the discussion on our Facebook fan page. 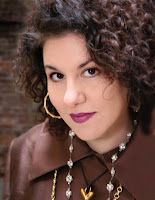 Snow Advisory! Craving a platter of spaghetti alla bolognese? A cure may be near you at the local Italian restaurants that we found still open in the Blizzard of 2010. But call ahead, their business may depend on it: Old Town favorites still open include Landini Brothers, Geranio and A La Lucia's; DC standards include Darlington House, Sette Osteria (sister restaurant Sette Bello in Arlington is also open), Al Tiramisu, Il Mulino, Cafe Milano, Pizzeria Paradiso (Dupont location only), Dino and Lia's. In Reston we got a shout out from Il Fornaio. Stay warm and buon appetito!