Taste of Italy Count Down and Special Guests! 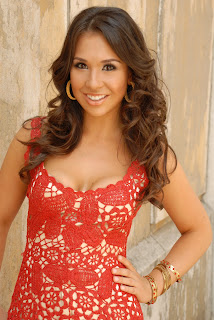 Cooking with Nonna Food Personality and Host, Rossella Rago will be joining the Taste of Italy line up of talent on Thursday, August 4, 2011 at the Crystal Gateway Marriott in Arlington, Virginia from 4-9 PM with a meet and greet, cooking demonstration and special Nutella Chip Cookies you will not want to miss. Get to know this rising star both in and out of the kitchen with an exclusive CiaoDC.com chat here.

Looking for a summer recipe Italian Style, Cooking with Nonna has something perfect for al fresco dining here.
More information on Taste of Italy here.
Posted by CiaoDC at 3:28 PM No comments:

The film Passione, directed by John Turturro, debuts on July 1 at West End Cinema in Washington, DC. Advance tickets will be available online and at the box office beginning June 28th. The Washington, DC Italian Language Meetup Group will attend a special screening of the film on July 3rd at 5:00pm. Group members will receive a $2.00 discount on the tickets which are usually $11.00. After the film group members will enjoy a FREE gelato treat thanks to a local gelato company called Dolci Gelati. (Click here to RSVP and read full details).

John Turturro's unconditional commitment to Italy and its culture has developed into a unique film experience. Passione's antique scenery, distinctive sounds and beautiful music take the viewer into the streets of Naples and on a voyage through time and space. The film's strength lays in the diversity of the soundtrack, each song its own universe, each its own poem. Naples becomes the ideal setting for a breathtaking odyssey, where the musicians perform on the streets and take over the city's plazas, ultimately capturing the hearts of its spectators. Turturro brings Naples and its heritage to the big screen in a way that confirms its essential contribution to our civilization.

Sorrento Lingue is offering a special group rate for one or two weeks of Italian language learning vacation at their school which is located not far from Naples and Italy's beautiful Amalfi Coast. Click here to see details of the group discounts or for more information you can send an email to Marco Marino at marco.marino@sorrentolingue.com. 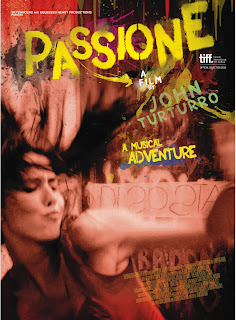 The Capitoline Venus Leaves Rome for First Time in 200 Years, Arrives in D.C.!

Washington's newest visitor is also one of the best-preserved sculptures to be passed down from Roman antiquity.  The famed Capitoline Venus, on display in the grand West Building Rotunda of the National Gallery of Art, was inaugurated by the Mayor of Rome, Gianni Alemanno on June 7th.  It will remain there for visitors to marvel at its impressive six and a half foot stature until September 5th 2011.

This momentous occasion is significant for several reasons.  This is the first time that the Capitoline, derived from the celebrated Aphrodite of Cnidos, created by the renowned classical Greek sculptor Praxiteles around 360 BC., has left Italy in almost 200 years.  In addition, it marks the beginning of a new chapter of cooperation with a city that long been our friend.  On June 8th, just before the public opening of the Capitoline of Venus, Rome's Mayor Alemanno and Mayor Vincent C. Gray of DC, signed a proclamation signifying the newly formed sister city relationship of the two world-capital cities.

Earl A. Powell III, director, National Gallery of Art, Washington and Giulio Terzi di Sant'Agata, Ambassador of Italy to the United States were also there to give remarks on the importance of the Capitoline's arrival in DC.
Powell noted that the appropriateness of the statutes placement in the National Gallery's Rotunda, as it is modeled on Rome's Pantheon.


When in Rome, the Venus is housed at the Capitoline Museum, a complex of buildings located on the Capitoline Hill, one of the Seven Hills of Rome that served as the religious and political heart of the city in ancient Rome.

According to a 17th-century account, the Capitoline Venus was unearthed in Rome in the 1670s from a large garden where it was found in the remains of an ancient building.  In 1752 the Venus was given to the Capitoline Museum by Pope Benedict XIV, where it remained until 1797 when it was taken to France by Napoleon, who had invaded northern Italy a few years earlier.

Luckily, the statue survived and was returned to the Capitoline Museum in 1816, the year after Napoleon fell from power.  It is now on view here in DC for Washingtonians to enjoy as part of The Dream of Rome and the Italy@150 series.  The exhibition of the Capitoline was organized by Roma Capitale, Sovraintendenza ai Beni Culturali–Musei Capitolini, and the National Gallery of Art, with the partnership of the Knights of Columbus and the Embassy of the Republic of Italy, Washington.  The Dream of Rome project was initiated by the mayor of Rome to exhibit timeless masterpieces in the United States from 2011 to 2013.
Posted by Italiana82 at 1:30 PM No comments:

How Dolci Gelati does Gelato 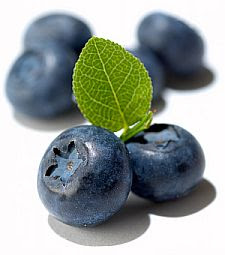 If you're looking for a great homemade Italian gelato dish, try pastry chef Gianluigi Delaccio's recipe for Blueberry Greek Yogurt Gelato. All it requires is a few market-fresh ingredients and household items--martini glasses too if you're looking to make the dish as elegant as it is tasty--and you'll have delicious homemade gelato in no time. This desert is just one of many great items that can be found at Dolci Gelati, Delaccio's artisan gelato company.

Want to try making a Blueberry Greek Yogurt Gelato
yourself? First you'll need to make sure you have these ingredients:
2 3/4 Cups of Non-fat Greek Yogurt
6 Cups Whole Milk
1.5 Cups of Sugar
3/4 Cup of Milk Powder
1.75 Cups Cream
4 1/2 Cups of High Quality Blueberry Puree or Ripe and Full Flavored Blueberries Local Honey
Once you have your ingredients ready, mix everything over medium heat except for the yogurt and half a cup of blueberries. Bring this to a boil and cook until all of the ingredients are well combined. If you want a smooth result, you can process the cooled mixture in a food processor, or skip, in which case you'll have pieces of blueberries which can add flavorful texture to the frozen yogurt.

Next, remove the mixture from the heat and and allow it to cool down fully. Never combine the yogurt with a hot mixture or the bacteria and nutrients in the yogurt will be killed.
Then take the cooled mixture, stir in the yogurt until completely incorporated.  Chill the mixture in the refrigerator for several hours (or overnight) until completely cold after which you may process the blueberry yogurt mixture in your ice cream maker according to the manufacturer's instructions (usually about 25 minutes).
Once this is done, serve the dish in martini glasses and top with fresh blueberries and a drizzle of honey.  If served immediately it will be soft, otherwise let it firm up a bit by freezing it for several hours.
Along with this recipe a proud sponsor of our Taste of Italy event, Dolci Gelati, invited CiaoDC to come and hear about their restaurant and its great gelato from chef Gianluigi Delaccio himself, to see what they had to say just watch the video below. Pay attention and you'll be making Blueberry Greek Gelato by yourself in no time!

Memorial day weekend officially kicked-off the unofficial beginning of summer! We hope that you took some time to relax over the weekend, or that there is a vacation on the horizon for CiaoDC followers. Even if you cannot physically leave DC this summer, we are surrounded by a myriad of cultural events and venues to visit when you do take a breather. CiaoDC is treating one of our lucky twitter followers to a treat, two tickets to the Shakespeare Theatre's production of Merchant of Venice. You can't win if you aren't following @Ciaodccom on twitter. Don't have a twitter account? What are you waiting for, it's free! You
can sign-up here.

Contest End: The contest will end when we determine our original message to have been retweeted by the 150th CiaoDC follower.

Prize: The prize is two tickets to the Merchant of Venice at the Shakespeare Theater
1) Anyone found to use multiple accounts to enter will be ineligible.
2) To be eligible you must follow CiaoDC on twitter (@ciaodccom) and then retweet our original message that will be tweeted on June 17, 2011 at 10:00 am.
3) There is a maximum of 2 entries per twitter handle

Notification: The Winner of the contest will receive a mention, in addition to a direct message. If no reply is received by CiaoDC (@ciaodccom) within 48 hours, CiaoDC will select a new winner.
Posted by Italiana82 at 10:02 AM No comments: