Feast of the Seven Fishes, Santa and more at Osteria Marzano! 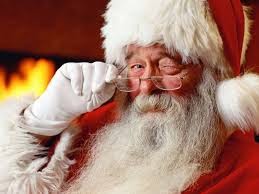 Join the Marzano family for Christmas Eve and enjoy Chef Carmine's Feast of the Seven Fishes five-course menu at Osteria Marzano (OM)!  My family will be dining out this Christmas Eve at OM for the first time ever - but totally trust it will be an authentic Italian experience.  Want a sneak peak of the menu?  Tune into Channel 5 WTTG morning show tomorrow at 8:30 a.m. for a demonstration and recipe by Chef Carmine Marzano!  Reservations are required for dinner, they open at 4 pm on Christmas Eve.  Already have plans?  Enjoy the Feast of the Seven Fishes Menu from Friday, Dec. 19 - Wednesday, Dec, 24.  Also on tap is Dinner with Santa on Sunday, December 21 with a portion of the proceeds going towards the Assistance League of Northern Virginia.  A holiday gift to remember!  Buon Appetito!
Posted by CiaoDC at 3:54 PM No comments: 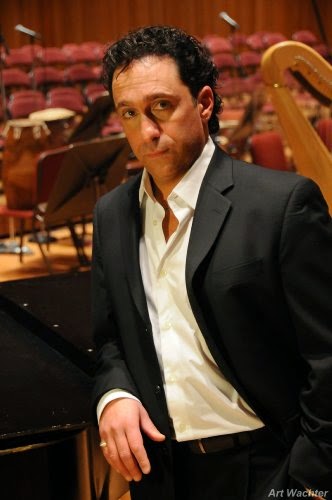 ELIO: I am performing all over the country and in Canada.  Vinnie D’Angelo is my manager out of New York and he’s ready to bring me to new heights in 2014-2015.  I am working on my second CD, Somewhere as a follow up to my first CD, Lettere D’Amore.

CDC: What can we expect from your next CD, Somewhere?
ELIO: It’s going to be a much different feel than Lettere D’Amore.  It will be more lively.  Instead of using a string orchestra I am using a 12-piece big band.  The music will be a mix of Italian and Italian-American favorites.  Lettere D’Amore was all Italian except for one song.  This CD is going to be geared to more of the Italian-American audience.  Like Andrea Bocelli releases a CD that is all classical and then the next one is pop; I wanted to do the same and switch it up and show a different side of Elio Scaccio.  There will be a few originals on the CD, but the majority of the songs are a blend of Italian and Italian-American favorites.

CDC: This sounds fun!
ELIO: Oh yeah! It has been very rewarding to writing again and focusing on a CD.

CDC: What are some of the signature events that you are doing solo and with others?

ELIO: Some signature shows I perform in is Two Gents & The Lady and The Sicilian Tenors.  These performances range from Opera to Broadway and we have performed all over the country. The Sicilian Tenors is a group I have been a part of for several years.  It’s comprised of myself and two other tenors, also known as Rat Pack – because we mix in comedy as well.   We recently opened for the late Joan Rivers at the Andiamo Celebrity Show room in Michigan.  She loved it!   Joan Rivers was hysterical, she made me blush.  Two Gents & The Lady is produced by Vinnie D’Angelo. It's a very unique show that we recently produced, which was received with overwhelming enthusiasm by our audiences. It's a quite different & beautiful production highlighting exciting & special genres of music through the years, focusing primarily on Broadway, classical, as well as current & popular music in English, Italian & some Spanish.  It features me, as well as another vocalist & The Lady. It’s a lot of fun collaborating and has enhanced my horizons as an artist.
CDC:  How have you evolved as an artist in the last 3 years?
ELIO: I’ve always been an artist that is multi dimensional.  I can sing in a lot of difference styles from opera to pop and jazz to classical.  I’m looking to show more versatility in my performances and overall work.  I am now performing solo and in groups at performing arts centers and festivals to upscale events and vineyards as well as corporate and private events. 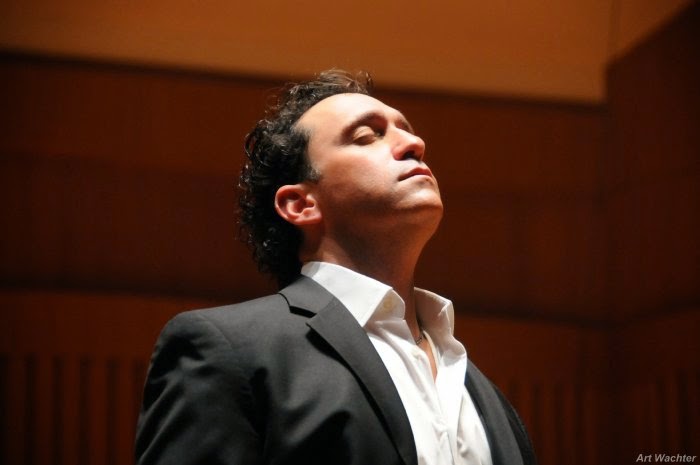 CDC: What projects outside of singing are you working on?
I am the Co-Founder and Vice President of the Society of the Italian American Business Men, formed in 2013 in Hartford County.  We’ve grown from an idea to a 35-member strong group.  We gave away $10,000 to the St. Margarets Mission Outreach and we’re giving our first two scholarships away this December.  The first two annual events we held raised $20,000.
CDC: How are your girls? What are their ages and who is striving to be like their father artistically?
They are doing great.  Sadie is 15; Gianna is 9; and Milana is 7.  The two little ones are both very artistic. Milana wants to grow up to be an artist.  Being a single Dad, they keep me hopping.
CDC: How does Elio Scaccio balance fatherhood/work and life as a performer?
ELIO: Well, that’s a tough one.  I take everything in stride.  Growing up in the family I did gave me the importance of family and making sure I didn’t throw myself in one area that I neglected my family.  So I strive to balance work, music and family and I think I’ve got it.  It’s gets over overwhelming at times, but such is life.
CDC: What are your goals musically for the year and long term?
ELIO: I would like to perform internationally as in Europe.  I would like to have a major distribution deal again and to take my music to the masses. 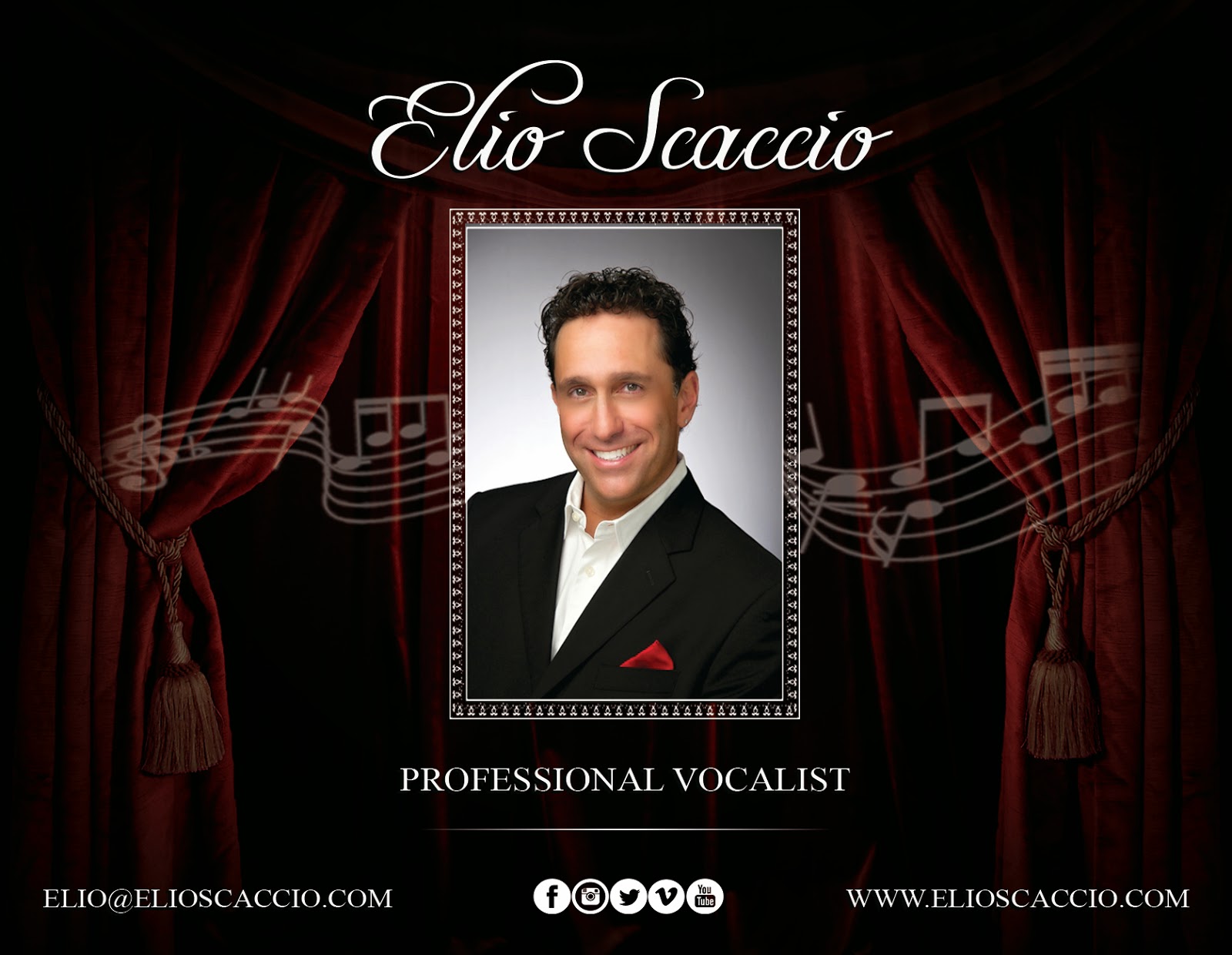 CDC: You currently reside in Baltimore.  Were you born there? How has charm city supported you as an artist?
ELIO: I was born in Jersey.  I grew up in Rosedale, Baltimore.  Baltimore had been great and has always been every supportive through my connections and work in the Italian-American Community.
CDC: Any advice for rising tenors?
ELIO: Perseverance.  It’s a business.  You need to treat this passion as a business.  If it takes you 10 years to pay your dues, than it takes you 10 years to pay your dues.  I have been singing since I was 13.  I never let one bad performance or one bad month stop me from reaching my end goal.  I have performed with so many musicians, and 90% have quit.  I have constantly reinvented myself, from performing pop, jazz, rock and alternative to classical.  As long as I am performing, I am happy.  If I can make people smile and have them escape musically – it makes it all worthwhile.   My performance level is the same no matter is there is an audience of 100 or 1000 people in front of me.  And I’ll be singing until the day I die.

CDC: What’s cooking in Elio’s kitchen this Fall?
ELIO: My family is coming over to celebrate my daughter’s birthday so I’m making some homemade sauce and sausage, meatballs and my famous pepper shooters.  I use cherry peppers stuffed with provolone cheese and prosciutto drizzles in olive oil and cheese – it’s delicious.

Posted by CiaoDC at 3:05 PM No comments: